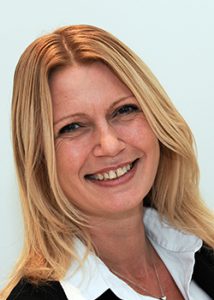 A major overhaul of family courts and how they deal with victims of domestic abuse has been announced. Family Solicitor Carol Hancock explains what the changes mean.

The changes announced by the Ministry of Justice on how the family courts deal with domestic abuse victims and their children are very long overdue and will give hope to some of those currently going through the system.

They will mean more victims will receive special protections in court, there will be stronger powers for judges to prevent abusers repeatedly dragging a victim back to court, itself often a form of abuse, and a new investigative court process is to be trialled to reduce conflict.

The report, published in June, laid bare some of the long-standing failings of the system and highlighted the need for fundamental change to keep victims and their children safe. The report follows a review into how family courts handle domestic abuse which found that victims and children were being put at unnecessary risk.

There is a whole range of new measures, with more victims to receive special protections in court and stronger powers for judges to prevent abusers repeatedly dragging a victim back to court, which can be a form of continued abuse. A new investigative court process will also be trialled in an attempt to reduce conflict.

Protections in court will include access to separate building entrances and waiting rooms, as well as protective screens to shield them from their alleged abuser in court.

The expert panel which carried out the review was made up of representatives from charities, the judiciary, family law practitioners and academia, and took the views of more than 1,200 individuals and organisations.

It found that an adversarial process in the family courts often worsened conflict between parents, which could retraumatise victims and their children.

Ministers will also launch a review into the presumption of “parental involvement” that often encourages a child’s relationship with both parents, unless the involvement of that parent would put the child at risk. It will examine whether the right balance is being struck between the risk of harm to children and victims, and the right of the child to have a relationship with both parents.