Harrogate Lawyer Made Interim Chairman of the FA

Harrogate Lawyer Made Interim Chairman of the FA 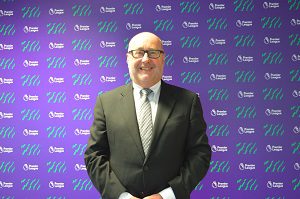 Harrogate lawyer Peter McCormick OBE has been unanimously elected interim Chairman of the Football Association (FA) following the resignation of Greg Clarke, becoming the first person to have been Chairman of both the Premier League and the FA.

Mr McCormick was Vice Chairman of the FA and has been appointed as football faces one of its most difficult challenges in history in dealing with the ramifications of COVID-19 for the sport at all levels.

Greg Clarke resigned as FA chairman following the language he used when talking to MPs about diversity. In a statement, the FA said: "Peter McCormick will step into the role as interim FA chairman with immediate effect and the FA Board will begin the process of identifying and appointing a new chair in due course."

In 2014 he was appointed Chairman of the Premier League and served in that role for 15 months, prior to Richard Scudamore’s combined appointment as Executive Chairman and CEO.

Mr McCormick is an internationally recognised expert in Sports and Media/Entertainment law and is ranked by the leading guides to the legal profession as one of the top sports lawyers in the UK.

He said: “Despite the unfortunate circumstances which have led to my election, it is a great honour to have been chosen to lead the FA and an even greater privilege to become the first person to chair both the Premier League and the FA.”