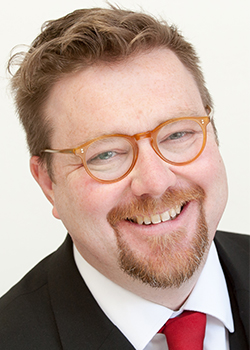 Partner Stephen Hopwood takes over from outgoing President Andrew Gray in the role.

HDLS is made up of lawyers from across the district and brings together the legal community to campaign on issues important to the public, such as access to justice, court funding and modernisation of laws.

It also represents an industry sector that has grown 30 per cent in the last few years and is an important part of the economy and job market in Harrogate and district.”

The society is currently being incorporated, with a view to assisting with the growth of the legal sector in Harrogate and districts and during his tenure, Stephen hopes to see this process finalised.

He said: “We also want to follow in the footsteps of our sister society in Leeds by setting up the district as an Area of Legal Excellence which should develop and grow both the economy and the job market.

“I also want to promote courtesy and kindness in the profession to help wellness and mental health in a pressured environment.”

Stephen is a specialist Family lawyer who has expertise in all aspects of Family work, with a focus on finance and children. He has extensive experience in resolving normal family breakdowns and those with complex elements such as trusts and international elements.