The Sky’s the Limit After Second Helicopter Business Acquired

The Sky's the Limit After Second Helicopter Business Acquired

A Harrogate-based family-run helicopter private charter and management company has expanded significantly following the acquisition of a second business.

The Helicopter Company has acquired Hampshire-based Atlas Helicopters Ltd, giving it a new base with access to the London and south east markets, as well as a medevac contract for the Isle of Man TT and other motorcycle races on the island.

The Helicopter Company was established in 2008 and in 2016 Jason Schofield bought the interests of the other shareholders and his son, Jack Schofield, joined the company. The company already has bases in Scotland and the East Midlands as well as North Yorkshire.

McCormicks Solicitors of Harrogate advised on the acquisition of Atlas, with Head of Corporate and Commercial James Towler and colleague Emily Steed overseeing negotiations and carrying out due diligence. Sagars advised on corporate finance.

James Towler said:  We were delighted to work with the Schofield family, with whom we have a long relationship, and it is great to have secured this acquisition which will allow them to grow their business and target the market in and around London from Atlas’s base in the south of England.

Jason Schofield said: We are very pleased have acquired Atlas, which enables us to grow our business in the south of England.  Atlas is well established with good clients and a great team, led by Mike Burns, who will continue as a director and Chief Pilot.

McCormicks has a thriving corporate and commercial department that offers clients advice in all areas of law including buying and selling companies and advising on commercial agreements.

The team has both the legal and industry expertise to offer clients common sense advice tailored to the needs of their businesses.

The Helicopter Company offers private charter for both business and leisure, as well as aircraft management and a helicopter purchase service. 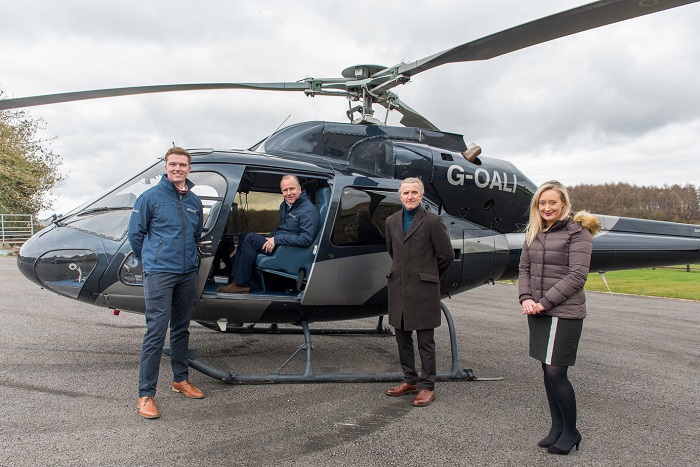