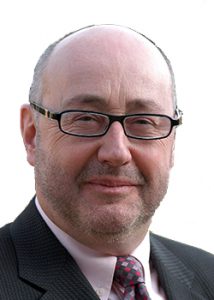 Leading Yorkshire solicitor Peter McCormick OBE has been appointed to The F.A. Board as Premier League representative.

Mr McCormick, Senior Partner of Harrogate-based McCormicks Solicitors, was unanimously appointed by Premier League clubs to represent the League on both The F.A. Board and The F.A. Council. He becomes one of two Premier League representatives on the Board, the other being Manchester United director David Gill.

He was Acting Chairman of the Premier League from March 2014 to June 2015 and has worked with the League for over 20 years, including in one of his current roles as Chairman of the Legal Advisory Group, and therefore brings a wealth of experience and understanding to the role.

A new Football Board has also been created at the Premier League and Peter McCormick will chair that.

Peter McCormick is ranked as one of the leading Sports lawyers in the UK by the two principal guides to the legal profession, the UK Legal 500 and Chambers UK.

He said: “My experience as Acting Chairman means I have no problem taking on these additional roles while continuing to provide a first-class service to our clients at McCormicks.”