Hands-Free At All Times

Hands-Free At All Times 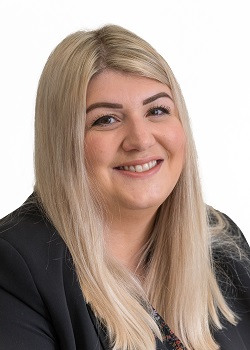 The Government has introduced new legislation making it illegal for drivers to use hand-held mobile phones whilst driving.

Previously, under Regulation 110 of Road Vehicles (Construction & Use) Regulations 1986, drivers were prohibited from using their phone to make calls (other than in an emergency to call 999), send messages or browse the internet whilst driving.

The new law, brought into force on 25 March this year, expands on Regulation 110 to ban drivers from scrolling through their phone for any means, whether that it is for maps, music, or social media as well as calls and texts. The government stipulate any use deemed as ‘interactive communication’ will be an offence. Just illuminating the screen will be enough infringe on the new rule.

The purpose of the new legislation is to reduce the number of casualties caused on the roads by drivers using mobile devices. The changes have been welcomed by campaigners and by families of those affected as a result of lack of concentration from phones leading to collisions on the road.

Using a mobile phone to access sat-nav features or music for example, is still permitted but the device must be in a secure cradle and must not come into contact with the driver whilst driving. Simply, whilst the engine is on, and the driver is in control of the car it is unlawful to touch a mobile phone.

The exemption to the law remains as before; that in an emergency situation a call can be made when driving where it is unsafe for the driver to pull over.

There is now an added exception of contactless payments. As a recognised payment method goods or services can be purchased using contactless on the mobile phone, as long as they are immediately received and made whilst the vehicle is stationary.

With the ever-changing technology not just with phones but also with cars, this new legislation for the most part should be easy to adhere to. With the introduction of Apple Play features, voice commands and Bluetooth settings on both cars and mobile devices, they can be easily synced to allow for hands-free, safe driving. The fluidity of this country’s legal system means it can adapt to the changes in society, but this also places the onus onto drivers to ensure they know the new law before driving.

For those who take the risk the punishment is clear. Those guilty of the offence will be handed a heavy six-point penalty and a £200 fine. It would only take two offences of this type within three years to result in a point-totting ban.

If you have any enquiries concerning this new law, or any other query, please contact the Criminal Department who would be happy to assist you.