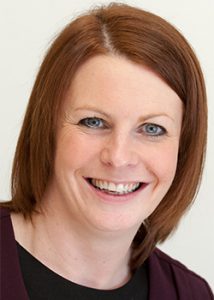 As the impacts of COVID-19 continue to be felt across the world, Partner Elaine Lightfoot has found that many people are making sure their affairs are in order.

The lockdown restrictions imposed on 23 March led to an almost immediate rise in Will instructions with a 70 per cent increase in the demand for Wills as the elderly, vulnerable and those on the front line organised their personal affairs. As the vast majority of law firms closed their doors, the inability to meet with Will clients personally led to a level of uncertainty as to how wills would be drafted and witnessed.

The usual situation would be that a solicitor would meet with the client to take detailed instructions, the Will would be drafted and approved for it to then be engrossed. The client would then return to the office to sign the Will, which would be witnessed by two people present at the same time (one of these being the solicitor who had drafted the Will). As this could no longer take place, the Law Society, the Society of Trust and Estate Practitioners (STEP) and the Ministry of Justice began reviewing the requirements for witnessing a Will to see if there was a more flexible way of dealing with such matters.

A face-to-face meeting with a client enables the solicitor acting to gain a clear view of the testator’s mental capacity which, in addition to the witnessing situation, became a clear concern for solicitors acting in this area.  Telephone conferences and video conferences with clients in order to take detailed instructions have taken place but, of course, instructions cannot be taken by email as this leads to no certainty regarding capacity and/or any outside influence on the client’s decision making. A solicitor must be satisfied that the elements  introduced in the case of Banks v Goodfellow are met:-

Under the Wills Act 1837, witnessing a Will via video messaging is not acceptable - a witness must be physically present. It has therefore been the case that clients have enlisted the help of neighbours, with Wills being witnessed at a safe distance on garden paths, over fences and in one case, using the top of the client’s wheelie bin (disinfected!) as a makeshift desk for testators and witnesses to lean on!

Witnesses do not need to be professionals although this is the preferred route as the professional witnesses will inevitably be easier to trace in the future should there be any queries with regards the validity of the Will following the death of the testator. However, for most clients instructing us at this time, they feel the pressure to get their Wills signed and witnessed as soon as possible. We expect that once clients are able to return to our offices to meet with us, there will be requests for Wills to be re-signed and witnessed professionally.

The Professional bodies have continued to discuss possible solutions to the witnessing requirements which have been in place since 1837. Whilst there is potentially the need for some modernisation of the Wills Act 1837, it remains the case that protecting Testators and lessening the risk of conflicts post death as to the validity of a Will must remain paramount.