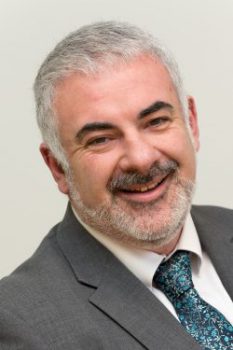 The rules on drugs and driving cover not only illegal drugs but prescription medicines as well. Solicitor Sean Wilson from our Criminal department explains the implications.

“Anyone who gets behind the wheel while under the influence of drink or drugs is putting lives at risk-and we will not tolerate”, so states the strap line on North Yorkshire Police’s website. Whilst the drink laws and limits have been around for some considerable time, there is a relatively new law in force relating to drug driving.

Before 2 March 2015 there were no statutory limits for levels of drugs in the body that were prohibited. Prosecutions were based on a field impairment test and the accused standard of driving as witnessed, usually by the police. That all changed with two sets of regulations brought into force in 2014 and 2015.

The regulations set the levels for eight illegal drugs and nine medicinal drugs. The eight illegal drugs are Cocaine and its metabolite, the metabolites of Cannabis and Methylamphetamine, Ketamine, MDMA (ecstasy), Heroin and LSD. The legal limits of these drugs are set at a low level, but this limit is said to have “sufficient tolerance to allow for accidental exposure” according to the Crown Prosecution Service. Whereas alcohol can be detected in blood for 10-12 hours, in the case of Cocaine it is detectable for one to two days, Heroin 12 hours and Cannabis for up to two weeks. This means that even the occasional user could fall foul of these new limits.

The medicines for which levels have been set include Diazepam, Methadone, Temazepam, Amphetamine and Morphine. In respect of these the limits have been set where they exceed normal prescribed doses. This means the vast majority of people prescribed these medicines can continue to drive provided that:

If convicted of the offence the punishment is a minimum one-year ban for a first offence. Those with previous convictions or convictions for drink-driving in the past 10 years can expect a minimum three-year ban. In addition, the court could impose an unlimited fine and/or six months’ custody. The degree of impairment of driving and presence of other drugs and alcohol are aggravating features.