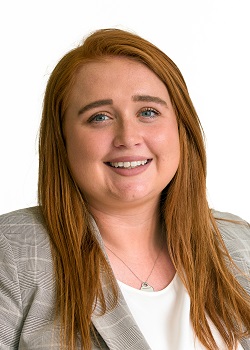 With strong growth in the numbers of couples cohabiting, Lucy Habron, part of our Family department, tackles some of the common misconceptions about legal status.

Couples who live together and are not married represent one in every five family types in the UK. The latest Census reported that cohabiting as a family type has grown by 22.9 per cent in the past decade. Therefore, it is more important that people are made aware of their rights which would be needed to protect themselves in the event of a breakdown of a relationship.

The 2019 British Attitudes Survey reported that 46 per cent of British adults mistakenly believe that cohabiting couples are protected by common law marriage should their relationship end.

There is a common misconception that unmarried couples acquire the same or similar rights to married couples in situations where the parties have lived together for either a long duration or after having children.

However, the reality for unmarried couples is that they have limited legal rights after separation. This article will focus on couples’ rights and protections relating to the family home. The legal position for cohabitants is very different to divorcing couples resolving a financial settlement that can rely on section 25 of Matrimonial Causes Act 1973. Under this statute, the Court use the factors such as, the income, earning capacity, financial needs, obligations, standard of living, age, disabilities, contributions, conduct and needs of children to determine what is fair.

The two main issues that arise on separation in relation to a family home are who owns the property and who will occupy the property going forward. There is a common misconception that cohabitants can rely on the above factors and basic contributions towards the property to establish ownership and occupation rights. However, the cohabitant is not legally protected as though they were married.

For cohabitants to establish ownership of a property, the ordinary property law principles will apply. This means that firstly legal ownership is established on the title deeds of the property. If both parties are named on the title deeds, the family home will be conveyed to be held on an express trust for both parties. The cohabitants will then be entitled to an equal interest in the proceeds of sale. The cohabiting couple could also be named on the title deeds and hold the property as tenants in common, either in equal shares or in different proportions. This would mean that on the sale of the property the proceeds of sale would be split in a way to reflect the parties’ intentions.

If the couple are not both registered as legal owners on the title deeds, the general principle is that that the unnamed party does not have an automatic right of ownership to the property. It would need to be determined whether the cohabitee has any equitable or beneficial ownership of the property. The cohabitee may be able to establish a right over a proportion of the property under the Trusts of Land and Appointments Act 1996. The Court will need to consider the shared intention of the parties at the time of purchase.

Given the misconceptions, it is important that cohabitants consider ways to protect themselves. Couples could consider a cohabitation agreement. This is a legally binding document where the parties can set out financial arrangements, how the property should be dealt with whilst living together, in the event of a relationship breakdown and on the death of a cohabitee.

On purchasing a property together, cohabitants should consider how they wish to legally own the property. Cohabitants should consider their intentions and whether they want to hold the property as either joint tenants or tenants in common. Ownership of the property as joint tenants would be suitable for couples that want to split ownership equally over the whole property. On the death of a cohabitee, their half of ownership will then pass automatically to the surviving cohabitee.

However, it may be appropriate to hold the legal title as tenants in common where ownership can be either equal or in different shares. In scenarios where cohabitants have made unequal contributions to the purchase price or a third party has provided funds, this may be more appropriate. On the death of a cohabitant, their share does not pass automatically to the surviving owner, it instead passes to the beneficiaries in the deceased owner’s will or via the intestacy rules.

Where cohabitants are purchasing a property but not contributing equal shares, they should consider protecting their interest in the property with a Declaration of Trust. This is a legal document that records the financial agreement of each party that has an interest in the property. The document sets out who owns the property and in what percentage. The document can also record what happens on separation and so this gives the parties some security in the event of dispute that they should receive what they originally contributed. It is very difficult for the Court to establish that the parties’ intentions are anything other than an equal split when this document has not recorded the other intentions of the parties at the time.

At present, the prospect of any legislation protecting couples on the breakdown of a relationship is far from being enacted. The Cohabitation Rights Bill was first read on 6 February 2020 and set out a structure for rights of cohabitants on the separation or death of their partners. However, this parliamentary bill is a Private Members’ Bill and there is the difficulty that, as introduced by a Backbench MP, they are exposed to opposition. In the meantime, Resolution is actively campaigning for cohabitants’ rights and raising awareness of cohabitants’ limited legal rights with events such as Cohabitation Awareness Week.