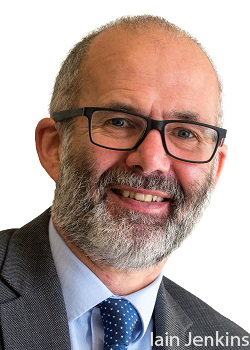 Falsifying information on a CV can lead to deep water. Head of Employment Iain Jenkins looks at one recent case.

We are all prone to embellishment, exaggeration and hyperbole but a successful applicant for a CEO role took this way too far when fabricating a CV.

Perhaps having watched Tom Hanks and Leonardo DiCaprio in the film Catch Me If You Can, Mr Jon Andrewes decided to apply for a job in 2004 as CEO of a hospice. He did not have the relevant experience and qualifications but created a fictitious CV. He did have two qualifications (a diploma and teaching certificate) but claimed to have four degrees and post-graduate qualifications and to be in the process of a PhD, he was later referred to as Dr Andrewes with all the hospice literature being changed. He also fabricated his managerial experience to make it sound more impressive than it was.

Surprisingly he appeared to be a success in the role and in 2015, using the same tactics, he was appointed to two roles as a director and then Chair of two NHS trusts.

His background and qualifications were then investigated presumably because the employer had become suspicious and the police were called when the reality of the situation became clear.

Mr Andrewes was charged under the Theft Act and the Fraud Act and sentenced to imprisonment. The Court was asked to make a confiscation order (under the Proceeds of Crime Act) to recover earnings obtained by him in the roles he had undertaken, which amounted to over £600,000. He was ordered to repay some £97,000 being the amount he had available.

Mr Andrewes appealed on the basis that the award was disproportionate and did not reflect the value of the work for his employers. The Court of Appeal agreed and set aside the award.

The Prosecution appealed to the Supreme Court arguing that it was entitled to take all of the earnings. Again, Mr Andrewes argued that value had been given but the Supreme Court rejected both approaches. In its view the correct way forward was to work out the difference between Mr Andrewes’ actual earnings  and the lower earnings he would have obtained had he not used fraud to obtain his employment. A confiscation order could be made for the excess so that no “profit” could be made from the fraud, it being recognised that the employer had received some value.

The obvious lesson is that employers should check carefully the qualifications and experience of candidates, particularly those being appointed to a senior role. An inspection of certificates may not be enough and background research with institutions should be done among other checks. You never know who is out there!.

Bringing in the police is a serious step. Employees can be dismissed where they have lied on their CV, although if they have more than two years of continuous service then a process should be followed. An employer should notify the police if the employee has committed a criminal offence by working in a role they are not qualified for, however, there is no obligation in other cases and the approach may depend on what the employee has lied about. Perhaps enhancing a degree qualification might be less serious than the complete fabrication indulged in by Mr Andrewes.